Top 10 Paid Positions Within IT

The 2020 IT Salary Survey identifies the positions that have the highest levels of compensation. Those positions are:

Each of these portions has a full analysis in Janco's IT Salary Survey. Included is a detailed analysis by city / metro area. 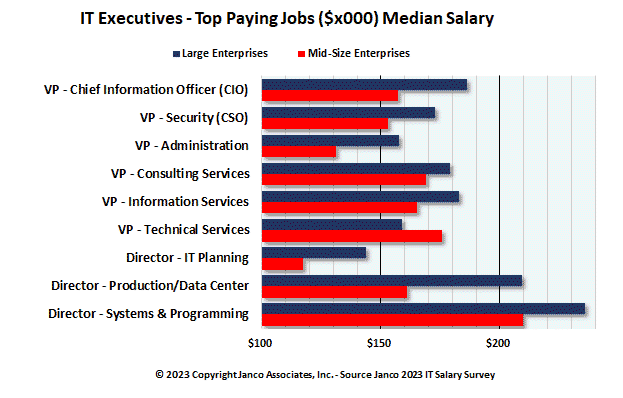 Full job descriptions for each of these position are contained in Janco IT Job Descriptions offering and the IT Salary Survey Bundle.