H-1B and other foreign workers Visa programs are non-US workers. Offshore outsourcing companies continued to make up the majority of the top H-1B visa applications according to new government data. These offshore firms have been adding employees by the thousands as their revenues increase. Infosys (India based) led the list in 2014 with 23,759 visa applications with a median salary for those positions $72,254, edging out Tata (India based) which had 14,098 visa requests-with a median salary for those positions $66,600. 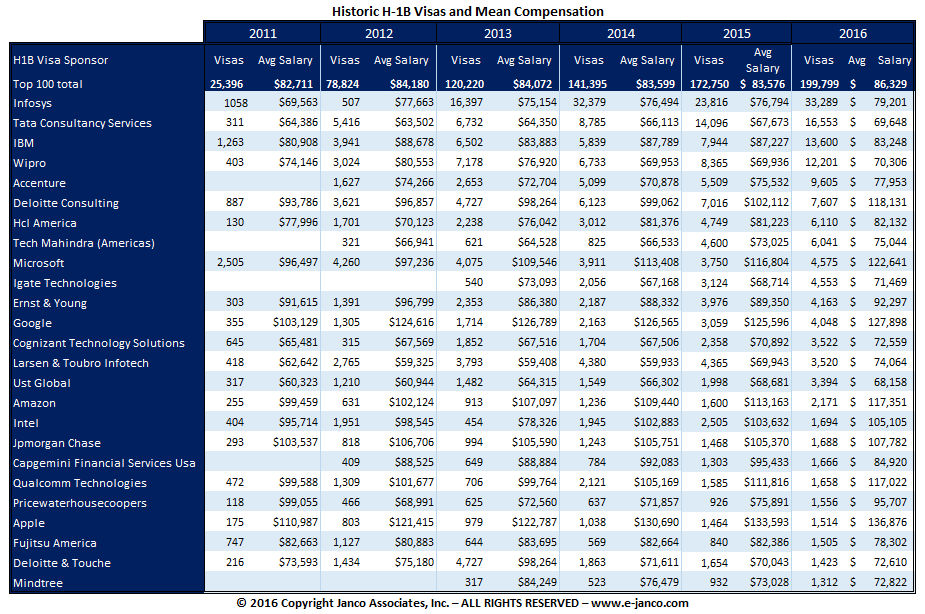 Looking at the H-1B data it is clear that domestic IT job market is impacted by the over 412,000 IT Jobs that are filled via this program. When you consider that last year just over 100,000 new IT jobs were created, the magnitude of is very high. Plus all of these jobs are high paying and go across all job families. The Labor Department has classified all jobs in the program in various occupations (job families). Below is a partial list of the jobs. 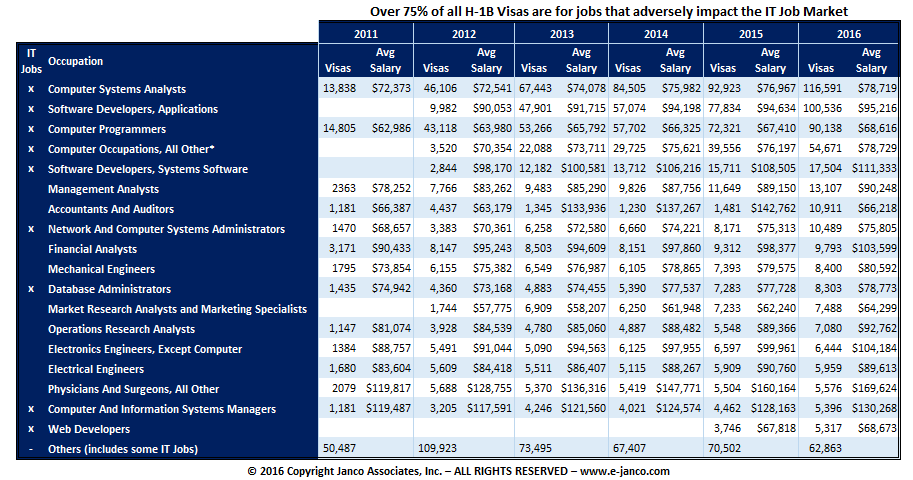 H-1B Visas fill many IT jobs

The table below lists just specific job titles for potions with over 4,500 visas. They account for 68.2% of all of the jobs taken by non-domestic workers.

Full job descriptions for all of these positions are contained in the Internet an IT Position Descriptions HandiGuide.

IT Job Market and US National Employment Data - On a monthly basis - typically on the first Friday of the month - Janco publishes an analysis of the IT Job Market utilizing the BLS labor data and it proprietary data. See the latest press clipping go to Janco's Press Clippings and eJobDescription.com.

The salary survey is updated twice a year; once in January and then again in July. Janco and eJobDescription.com not only look at base salaries, they also report on total compensation.