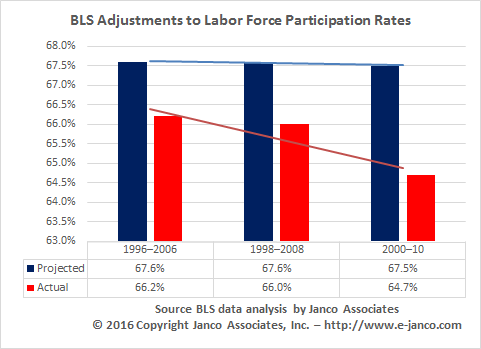 That adjustment means that almost 2,000,000 additional people were not in the labor force. At the same time the BLS gave no indication that they have changed the methodology they used to generate that percentage. Nor did they say they would go back and adjust the historical percentages that they had previously published.

A real question that has yet to be answered is the quality of the general unemployment percentages that was calculated in those periods. Was it correct?