There are 100.89 million individuals excluded from the labor force and the unemployment statistics

The continued impact of inflation and possibility of a significant downturn in the economy is seen in the data.

There are 95.426 million who just do not want work at all. That is an increase of 920,000 individuals from the same month last year. 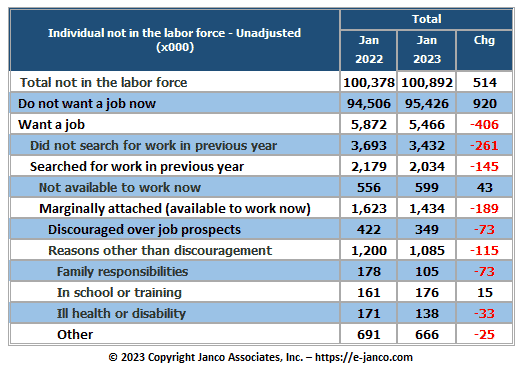 Analysis of BLS data by Janco Associates data is as of January 2023
100 plus million individuals do not want a job now. 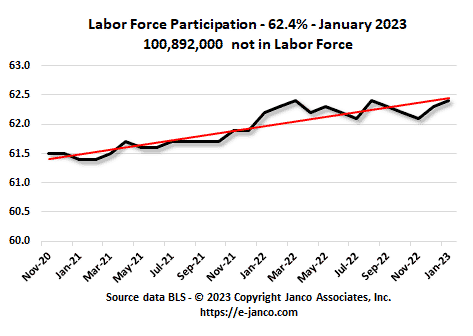 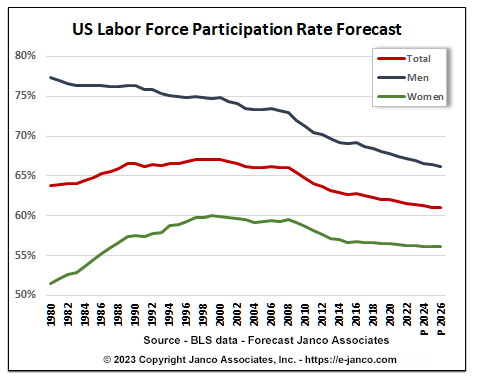 Baby boomers retiring is one of the factors in the continued fall in the Labor Participation rate.

What does all of that mean. It just means there are a significant number of individuals who just do not want to work. The categories for classification are: