Hiring slows slightly with 8,600 new IT jobs created in June

CIOs pulled the trigger on hiring - In the last 3 months 38,200 IT jobs have been created

Park City UT -- https://www.e-janco.com - Hiring slows slightly with 8,600 new IT jobs created in June - June showed an expansion of the IT job market as CIOs became have approved hiring new IT Pros. The last 3 months show an increase of 38,200 new IT jobs. From BLS data it is clear that the IT job market growth has been averaging 14,000 plus new jobs per month.

The CEO of Janco Associates, Inc. , Mr. M V Janulaitis said, "The number of new computer science and IT professional jobs grown this year with a total of 136,100 new jobs in the last 12 months. Janco projects that the number of new IT jobs to be created will be over 160,000 by the end of the 4th quarter" The CEO added, "Many CIOs are optimistic about the growth of IT budgets and staff in January, now have started to execute hiring plans. " In addition he added, "There is now some appetite for new capital projects which are driven by the need for new technology or upgrades. CIOs are telling people that they are working on new technologies and applications. " He added, "On the downside a number of CIO have decided to hold off until late summer to add programmers and analysts. However, CIOs are continuing to hire middle managers, project leads and more senior IT professionals. " 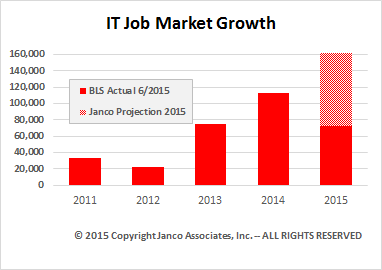 The CEO of Janco said, "Based on our interviews of 91 CIOs in the last several weeks, we find that new hires are now on board and requisitions are in place for more new hires. This is definitely a signal that job prospects are improving for IT Pros. " Janulaitis cautioned, "A wild card is when national elections are approaching, spending often is curtailed until a better picture of what new economic policies will be in place is known. " 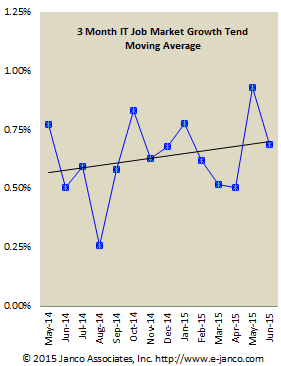 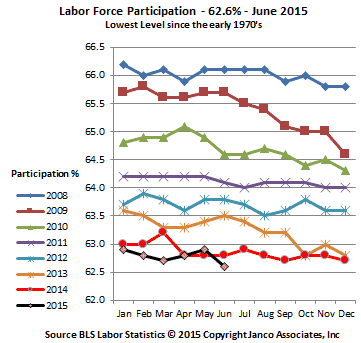 The CEO added, "From a review of the latest BLS data, Janco has found that there was a net increase of approximately 38,200 IT jobs in the last three months and this shows a growth in the number of new IT jobs. "