Park City - UT - www.e-janco.com - Janco’s analysis of the latest BLS data shows that the pace of new IT job creation has continued to fall behind the growth rates of 2015. The CEO of Janco Associates, Inc., Mr. M. Victor Janulaitis said, “Last year at this time 101,500 new IT jobs were created. For the same period this year only 60,700 were created. That is 40,800 fewer new IT jobs year-to-date.” 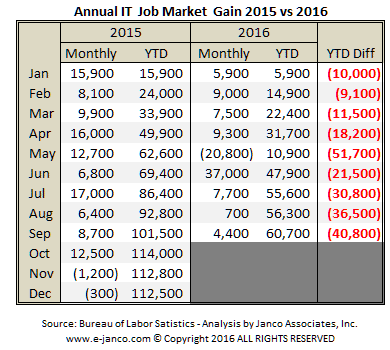 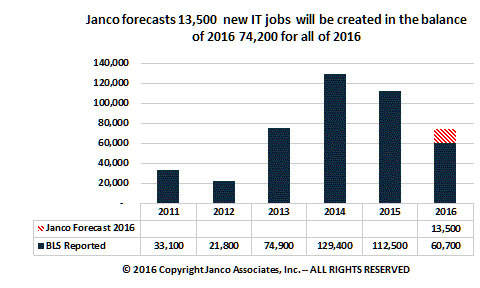 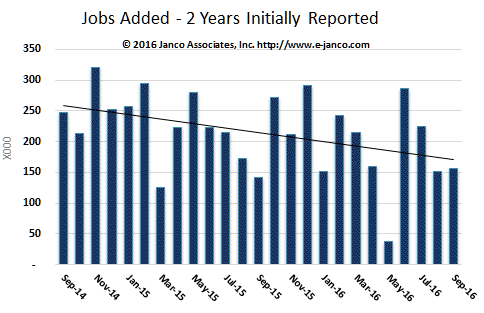 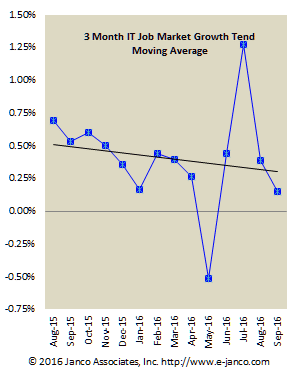 The CEO added, “In reviewing the last 24 months of data on new IT job creation, it is very clear that there is a bias that has the number of new jobs created pointing to a downward trajectory.” He added, “In direct conversations with 83 CFOs we find that they are projecting slower growth rates in the budgets for 2017. Few of these C-level executives are comfortable with the overall direction of the current business environment. This also is reflected in acquisitions for new IT equipment and major application developments and implementations. Many of these executives are hedging their bets and forecasting flat budgets for the new year. A common thread we heard that it will be easier to come back and get more monies then to having to deal with cost cutting after the new year starts.”

Janco interviewed over 107 CIOs in the last several weeks as part of its planning for the 2017 IT Salary Survey ( https://e-janco.com/salary.htm ). CIOs are less optimistic this year as at the same time last year. A preliminary hiring forecast by job levels within the IT function shows that long term hiring plans for both IT Staff and “contractors/consultants” are down to flat.” 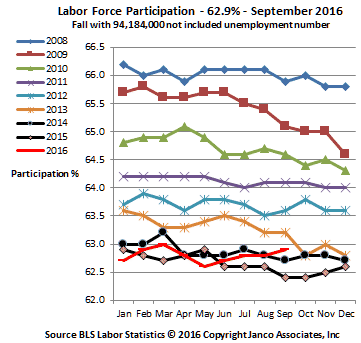 Janulaitis said, “Several negative factors are: brexit, the recent fall in the value of the pound, and the uncertainty generated by the US election. With one candidate there is the specter of higher taxes (slowing the economy) and with the other is the uncertainty of what they will do and the resulting action from both the economy and our trading partners. In any case, hiring plans are flat for most IT positions and dependence on contractors and consultants is being reduced as an on-going cost reduction continues.”

The CEO also said, “On the plus side, many CFOs are not completely adverse to incremental spending for IT related activities that have operational support and have a good ROI. We have found no IT initiatives that are being approved to upgrade technology for the sake of IT’s desire to have the latest new thing.”