With the increased focus of Internet based solutions and the increase in the amount of sensitive data that is outwardly facing, the role of security professionals has increased in importance. Qualified Chief Security Officer (CSO or CISO) are in the highest demand and command salaries in excess of $150,000 per year. When incentives and performance bonuses are added, total compensation is well into the $225K range. 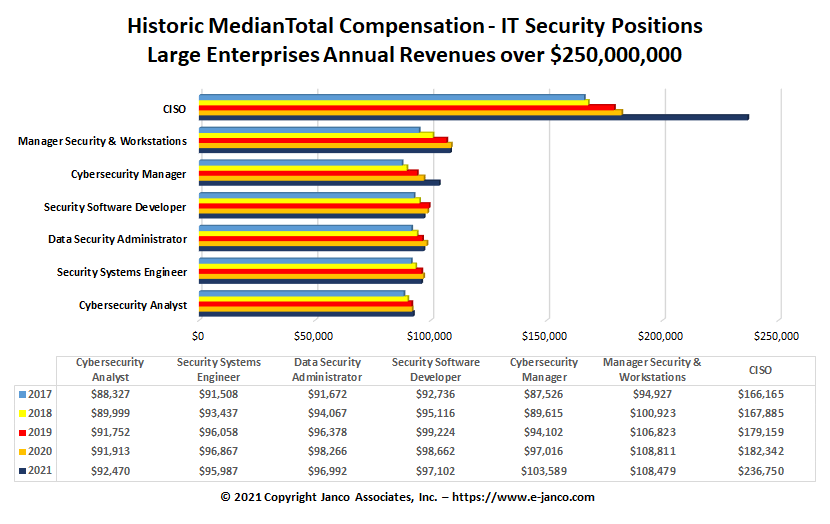 Comparing data for Janco's compensation data base, total compensation for CSOs has risen by 42%, Cybersecurity Managers by 18%, and Managers Security and Workstations 14%. At the same time the System Engineers, Software Developers, Cybersecurity Analysts, and Security Administrators have only seen increase in the 5% to 6% range. 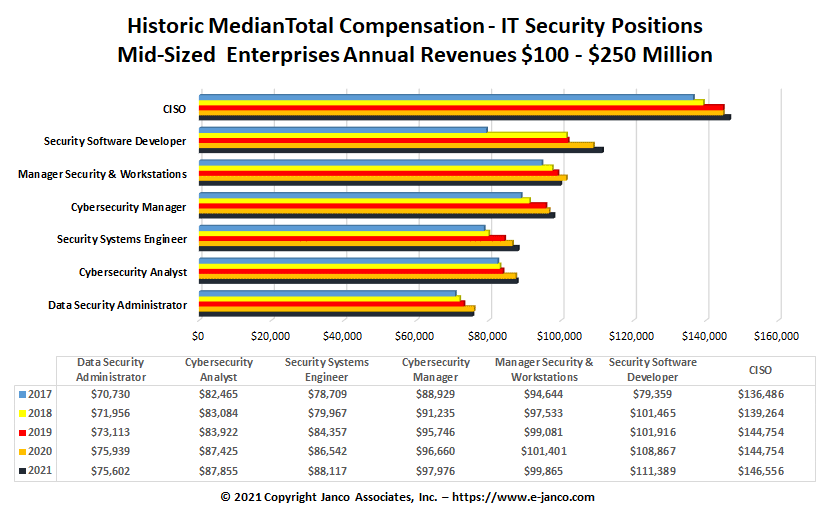 CSO salaries for mid-sized companies only incresed by 7% since 2017. The largest increases in compensation was for Software Developers.

Much of that can be attributed to the increase in cyberattacks and negative impacts that has on enterprises. 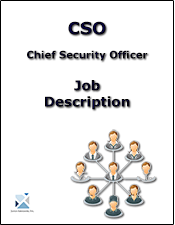