Demand for IT Professionals Remains Relatively Fla - Janco continues to monitor the IT employment picture and sees a slowing in the number of new jobs for IT Professionals. BLS data shows that there was only a slight increase in the number of IT jobs in February and the trend is down. In any case, with only a few months before new graduates hit the job market it looks like there will continue to be a tightening in the IT job market. Janco has found that short term hiring for IT staff and consultants is up, however long term many of the CIOs interviewed by Janco do not feel that hiring will improve significantly until early in 2013. The CEO of Janco, Mr. Victor Janulaitis said, “In telephone interviews in late February of 105 US based CIOs we found that most have a number of them have short term needs that need to be filled for additional staffing of a ‘temporary’ nature. CIOs are striving to keep the overall FTE (full time equivalent) headcounts level and do not project an increase within the next several months. "   In addition he added, “There are some CIOs that are bullish, however for the most part CIO continues to remain cautious. ”

One in five CIO’s are looking to hire lower level staff to fill short term needs plus almost one quarter of these same CIOs think they will be hiring more staff within the next three months. 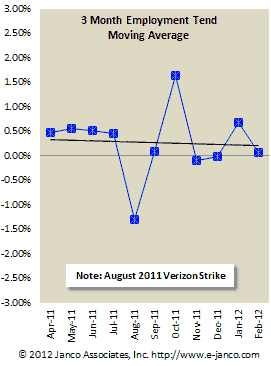 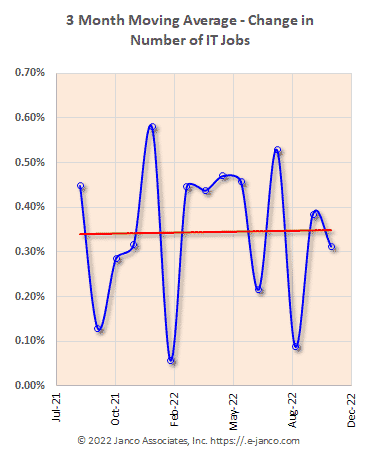 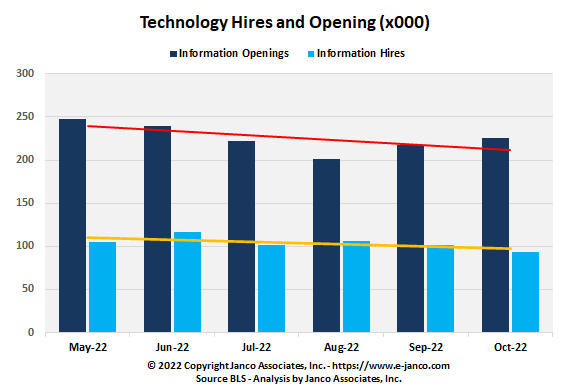 There was a net increase of 1,400 IT jobs in February according to the latest BLS data. There was an improvement in computer system design and related services accounted of 7,200 jobs, data processing hosting 1,100, and other information services 300 jobs, and but was offset by a loss of 7,200 jobs in telecommunications. In the last three months there has been a loss of 2,600 jobs with a loss of 11,700 jobs in telecommunications.