Does it pay to get Certification?

The right certifications and training not only help you be more effective, they can net you a bigger paycheck

I was encouraged last week when reading my colleague Ted Samson's post "IT salaries edge up back to 2008 levels. " According to Janco's 2012 IT Salary Survey, that puts the average IT salary at around $78,000 (note that Redmond magazine's survey places it a little higher at $84,000). 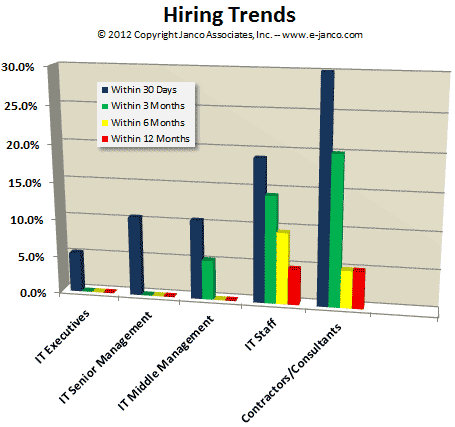 In my early days as an IT pro -- just as folks were deriding certification -- I was seeing numbers from MCP magazine (the predecessor to Redmond magazine) that indicated I had indeed made the right decision to pursue Windows NT 4.0 MCSE certification. According to MCP, certified IT professionals were making more than noncertified ones.

Obviously, a survey can tell you only so much, and the pay numbers vary depending on where you live, as Computerworld's annual IT salary survey shows in its region-by-region breakdowns. Regardless of your region's pay stats, the key is to make sure you are not the negative outlier among your peers. In other words, if everyone else is making $100,000 in New York City, why are you making $45,000 in the same location?

Where to focus your cert attention these days? Eric Munn gets that question a lot as a career path consultant at TrainSignal, where he helps students on their IT training. "Whenever newbies call about what they should get certified in, I first ask them what they like about computers. If it's the hardware, then I suggest the A+. If it's networking, I'll mention the Network+ and the CCNA," he says.

"Once they've gotten a foot into the IT world, the training options are endless. If they're already an IT professional and looking for the latest and greatest focus points, I emphasize security and virtualization. These appear to be the biggest trends right now. So I tell them about VMware, Citrix, and Microsoft Virtualization, as well as the Security+ and CCNA Security. "

The Ddirector of product development for TrainSignal, agrees that security is an important focus point for IT professionals: "You can point out a major cyber attack about once a week, and the security space is hot whether it be general like CEH, CISSP, Security+, Advanced, and Security Practitioner, or specific to a niche like VMware Security and Cisco Security. "

He also agrees that people new to the industry need to get their base knowledge first: "This can be done with certifications like CompTIA A+ and Network+ or the new Microsoft MTA," which includes database and programming topics. Though the MTA certification test can be taken only at some schools, he says its information helps students get a good grasp of what direction or specialty to focus on even if they don't get certified.

Not all training sold has a direct certification focus, though. In fact, TrainSignal says some of its biggest selling products have nothing to do with certification; many students buy training packages to help with using specific products.

And there are many technologies for which training resources are scarce, perhaps because the experts in those fields are so busy working and making the big bucks that they don't have the time to stop and share their knowledge and experience with others just yet. Microsoft Lync and System Center experts are good examples, especially around the more complicated pieces like System Center Configuration Manager 2010 and System Center Virtual Machine Manager 2010.

I believe all IT professionals should focus on some form of virtualization (or multiple forms). If you tend to lean toward messaging, you might focus on Exchange Server. Then you might move on to Lync or SharePoint, but not necessarily SQL. Another key focus could be PowerShell training, as PowerShell is becoming integrated with the Windows and Windows Server product lines.

Whatever you decide, remember that IT is a career that requires constant learning. But that learning should result in a heftier paycheck.