CIO Median Tenure moves to 4 Years 2 Months - In a survey of companies in the United States, South America, and Europe Janco has found that newly hired CIOs jobs are not very secure in the current economic conditions. The CEO of Janco, Victor Janulaitis said, “We have seen a fairly steady change in the roles and successes of CIOs. We conducted a preliminary review of CIO turnover in a number of companies. The companies were of all sizes and our preliminary results are that the median length of employment was approximately 4 years and 2 month. " He added, “There are a fair number of CIOs who have been in their positions for over 7 years, many of them are close to retirement age but have retirement portfolios that are not as large as they had hoped. As a result we feel that many of these executive will defer their retirements for at least one to two years. That is not a good sign for the next level down who want to be promoted. " 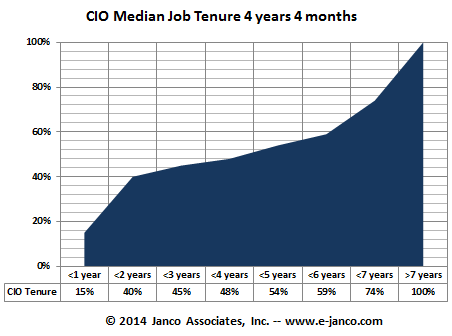 Janco conducted this survey via telephone and e-mail. These results will be published in Janco’s 2013 Salary Survey which is due to be released in early in 2013. 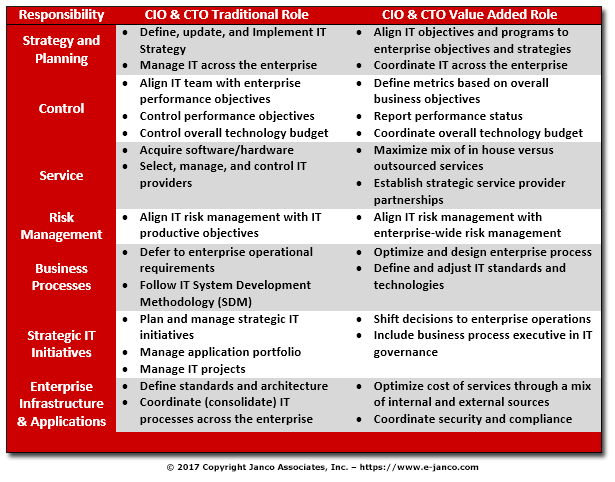 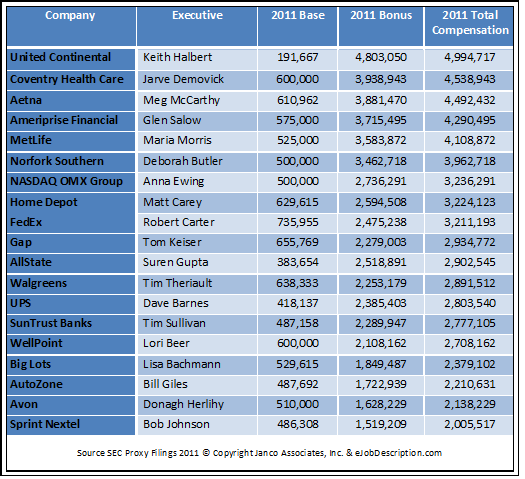 Mr. Janulaitis said, “Bonuses are showing that companies are look for enterprise revenue improvements and want to motivate employees to focus on improving the company’s bottom line over and above everything else. ”