IT employment increased in first half of this year; salaries are flat or slightly higher, analysts say

Hiring of technology professionals has been on the upswing in the first half of this year, with new IT hires accounting for about 10% of all the job growth in the U.S. in June, according to two independent assessments.

Total tech employment reached 4.47 million in June, an increase of 22,600 jobs from the prior month, or a .51% gain, according to TechServe Alliance, an IT services industry group which tracks employment data month-to-month. The total excludes tech manufacturing employment.

These gains are coming at the same time that some tech employers are cutting jobs.

IBM has cut more than 3,000 workers over the past few weeks, struggling Hewlett-Packard is still eliminating jobs, and Symantec is seeing layoffs as well.

The U.S. economy added 195,000 jobs overall in June, according to the Labor Dept.

Foote said that IT employment in the first half of this year is averaging 13,500 new jobs per month.

"While the pace of job creation in the national labor force appears stuck at 7.6% unemployment and new jobs are heavily in part-time positions and low wage full-time segments, IT jobs have been on a sustained growth upswing and wages are holding steady if not growing slightly," said David Foote, chief analyst, in a statement.

Reports on IT employment figures from analyst can differ widely depending on what U.S. labor department categories are use in the calculations.

Another firm that analyzes the labor market, Janco Associates, reported a gain of 9,900 jobs in June based on the categories it tracks.

Despite the increase in hiring, IT salaries remain flat, said Janco.

"Based on our interviews with over 96 CIOs in the last 30 days, we concluded that CIOs are not in a great hurry to hire new staff except to meet short term needs until they see a clear trend as to what is happening with the economy," said Janco CEO Victor Janulaitis in a statement.

Janulaitis said that "67% of the CIOs we interviewed do not see any real push to expand staffing over the next 12 months. "

Excluding tech manufacturing, IT workers represent about 3% of the total U.S. workforce of 155 million. 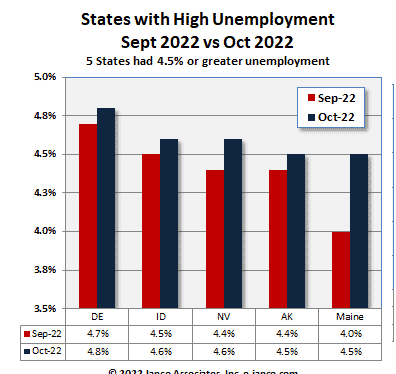