Gender Gap in IT Survey

Gender Gap is Narrowing in IT

Gender Gap is narrowing in IT according to the latest data collected and analyzed as part of the semi-annual IT Salary Survey. A gender gap continues to exist within IT organizations but is narrowing. Of the IT professionals paid over $110,000 they are more likely to be men the women. At the same time, women are a greater percentage of those paid under $60,000. 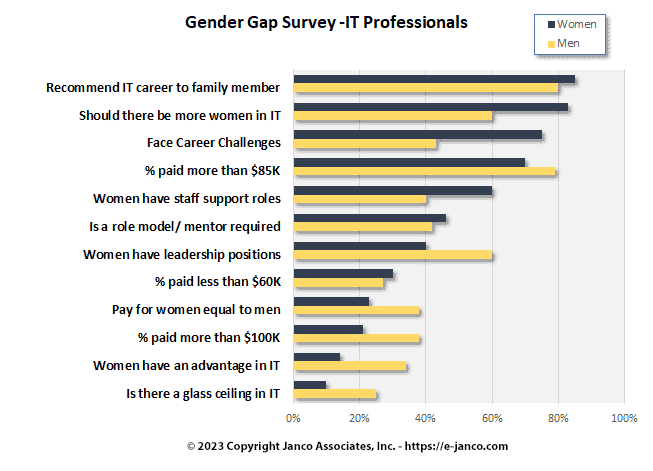 When we look at the roles that women play within IT, 42% of the women who are in IT now are project managers, middle managers and CIOs. One quarter of women IT pros feel are paid the same for similar jobs versus versus men (42%) who feel women are paid the same.

Our on the objective side our other preliminary findings are: