IT hiring robust but slowing according to Janco

Park City – UT– www.e-janco.com – CIO are bullish on hiring IT pros, however the rate of increase of new IT job creation is slowing. CIOs are optimistic but cautious, they continue to add staff but are starting to slow the use of outside contractors, and consultants.  The primary factor is the continual drum beat from the media about an impending recession.

The CEO of Janco Associates, Inc., Mr. M. Victor Janulaitis said, “Over 72,100 new IT jobs were created in first 3 quarters of 2019.  That is 22,000 more new jobs than were created in the same period last year.  In addition, it is more jobs than were created in the entire years of 2016 and 2017.  However, the rate of increase in the number of new IT positions is down from to only 1,500 new jobs in September versus 10,800 in Jul and 12,800 in August.” He added, “A number of CIOs we interviewed, as part of the release of our Mid-Year 2019 IT Salary Survey, did voice a note of caution.  They were not quite sure what the long-term impact of the trade war with China and the lack of approval for the new US/Canada/Mexico trade deal (USMCA) will be.  They both are both drags on the enthusiasm of CIOs to expand staff.” 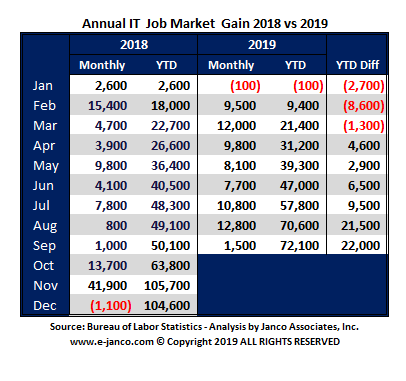 Janulaitis said, “Based on our data, we believe that an average of 8,000 new jobs will be created in each of the remaining 3 months of the year. With that, we forecast that 96,000 new IT jobs will have been created in the calendar year 2019. Our long-range forecast for 2020 is that an additional 100K new jobs will be added to the IT job market. All-in-all a good omen for IT professionals in the US.” 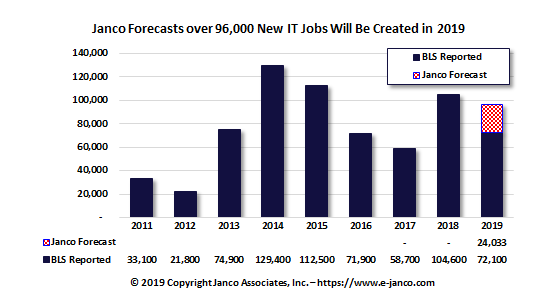 In addition, the CEO said, “Compliance will be more of an issue in 2020 than this year with the new CCPA mandates that go into effect on January 1, 2020.  To that end, our firm will be releasing a major update to its Compliance Management Kit in the next two weeks. We believe that many of new positions created in 2020 will be driven by compliance mandates.”

The CEO said, “With the current growth of the IT job market and most enterprises planning on expanding the impact of technology on both external and internal operations, the outlook for IT professionals continues to be bright.” 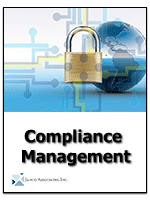 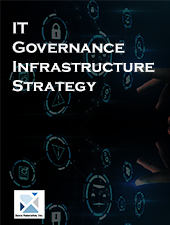