Park City, UT – Janco Associates, Inc. – Web3, Blockchain, cryptocurrency, and token processing decentralized applications are the areas that CIOs are focusing their attention on. Demand is high for those positions and salaries are going up with median salaries for those positions over $125,000. Many hiring organizations do not have the hiring infrastructure or adequate job descriptions to meet the requirement. 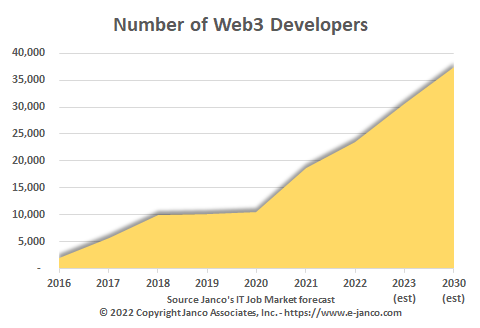 The CEO of Janco, M. Victor Janulaitis said, "Today there are 23.5K Web3 Developers and will grow to 37.5K jobs by 2030. That demand is driving up salaries for those positions. Add to that the increase in mandates to have pay grades posted for positions that are being recruited, CIOs and hiring managers have to have current job descriptions with job classes including pay grades in place. We have just released our Web3 Blockchain Job Description Bundle with our Job Classification and Pay Grade System." He added, "Web3 Developer and Web3 Analysts are among the positions that are most difficult to find qualified candidates. Detailed job descriptions are required to highlight the requirements for those positions. During the dot-com boom, many individuals were hired that did not meet the requisite needs of the jobs they filled. Filling position with "warm bodies" will not do for Web 3.0."

The Job Classification and Pay Grade System has been added to the bundle as an option in order to meet the pay grade requirements of New York City, Colorado, and possibly California. 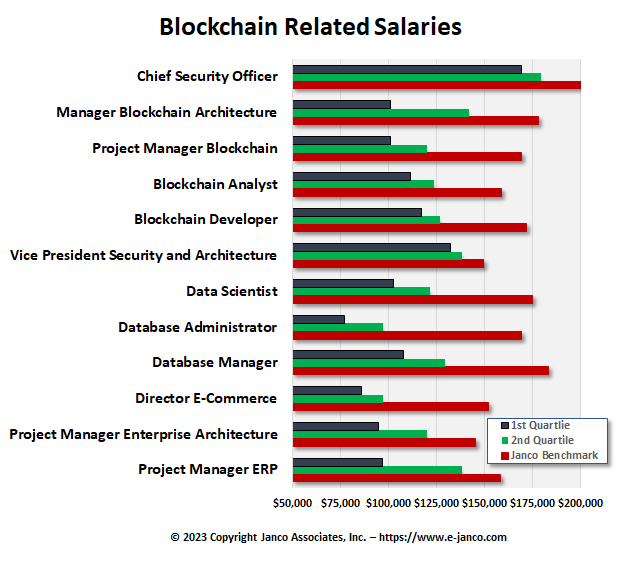 The Web3 Blockchain Job Description Bundle with our Job Classification and Pay Grade System is available via an electronic download. It can be acquired with up to 24 months of update service and with support included for the first 3 months after purchase.

Janco offers a service for its data which is available via a subscription.  The link for a subscription is https://itmanager.substack.com/.