The USA Freedom Act places new mandates on how corporations collect, process, and store data and at the same time allows investigators to use the tools that were already available under the USA Patriot Act to monitor the flow and retrieval of data.

U.S. law enforcement could use the USA Freedom Act on a U.S. based organization - like Microsoft, Google, Intel or Amazon, for example - to force its local subsidiary companies across the world into handing over user data to US authorities. At the same time this has put the onus on US corporations to comply with the mandates of the law.

EU data once may have 'had to stay in Europe', but this is on the most part untrue. The Safe Harbor framework, designed to protect EU data in the United States, protects merely the transfer of data from Europe to US soil. But as soon as it arrived on U.S. soil, Safe Harbor can be superseded by America's counter-terrorism law.

As a result, universities, businesses and organizations which hold vast quantities of student and citizen data in the European cloud, are not protected against the US . counter-terrorism laws, which arguably infringe the freedoms and liberties of non-US citizens.

No company or organization can wholly guarantee that data in European data centers will under no circumstances leave European soil. Until a company comes forward and unequivocally states otherwise, then this series of posts stands true.

The USA Freedom Act Security Bundle has been updated to reflect all of the legislation that has be enacted by the US Congress. Plus you have the option to order this bundle with 12 months of update service so that as interpretations of the law are made you will receive updates to the bundle as they are made.

Policies included in the USA Freedom Act Security Bundle are: 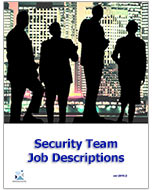