IT Salary Survey Released - Good News for IT Professionals - Salaries up 2.4%

IT Salary Survey shows that salaries for IT Pros are moving up as 112,000 jobs were added in in the last 12 months

The IT Salary Survey, just released and eJobDescription.com, is good news for IT Professionals. The survey shows that hiring and salaries have improved for IT positions in most North American metropolitan areas.

The CEO of Janco Associates, Mr. Victor Janulaitis said, "For the first time in over 6 years salaries for IT Pros have moved up almost across the board. We believe that this is due to the fact that over 112,000 new IT jobs were created in the last 12 months and that the economy seems to be in a recovery mode."

The findings presented in Janco's 2015 IT Salary Survey include:


The major findings of the survey are: 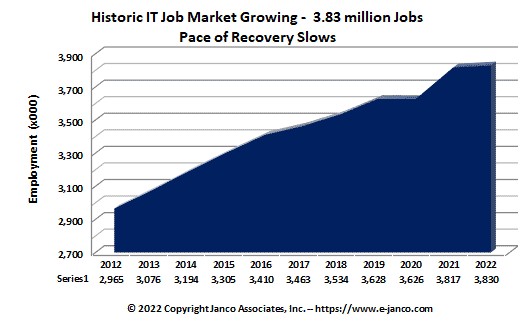 Janco and its principals have gathered IT compensation data for over three decades. The more recent historical surveys are available via our standard shopping cart. If older data is required, please contact us directly. These are the January versions of the individual years.


A summary of the most recent salary survey can be obtained by visiting Janco IT Salary Survey at https://www.e-janco.com/salary.htm.

Salaries for IT Professionals are on the move upward. The change in the tax laws in the 2018 and the removal of many regulations has generated a boom in the economy. The current forcast for growth of the IT job market is high and the graph below depicts the the long term trend. 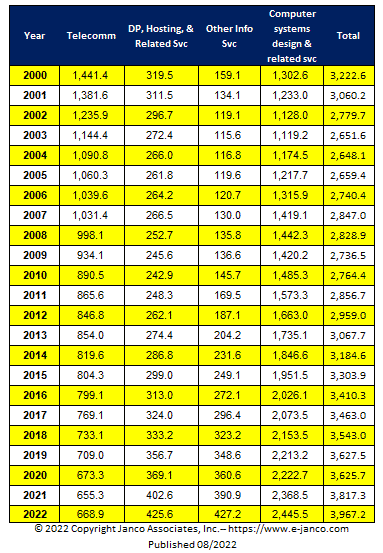 Data complied by Janco Associates with data as of August 2022