Top Paid CIOs now make over $1 million a year - In 2015 25 CIOs were reported to have made over $1 million dollars in annual compensation. Most of their income come from other that base salary. 17 of these CIOs made well over $2 million a year. Adriana Karaboutis topped the list with a total annual income of $7.7 million while having a base salary of a mere $133,846.

Three other CIOs made over $5 million and again their base salaries were significantly less than seven figures being between $599K and $625K. 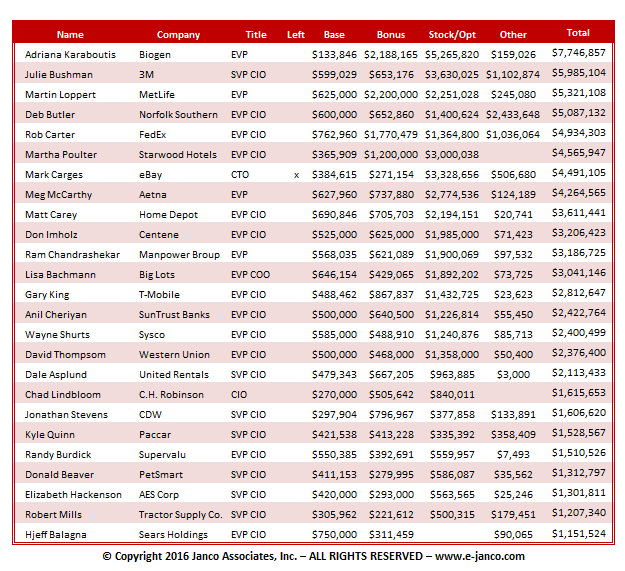 It is clear from a review of this public data that the key to getting into the CIO millionaire class is to have a compensation package that goes beyond base salary. Bonuses and profit share in the form of stock and options are a must.

With this in mind CIO candidates need to consider having employment contacts that include these. That is not to say that each of the individuals on the list above have an employment contract, but we would be surprised if they did not have one.

That also means that when negotiating the salary they will be paid, CIO candidates need to be aware of what other CIOs are paid and what titles they have.