Women are making inroads in the CIO position and other C-Level jobs - In the largest 1,000 U.S. companies by revenue, as of last month 19% had a woman in the CIO role. There were more women CIOs than CEOs, but significantly fewer than the number of women who held posts as the chief marketing officer (CMO) or chief human resources officer (CHRO). 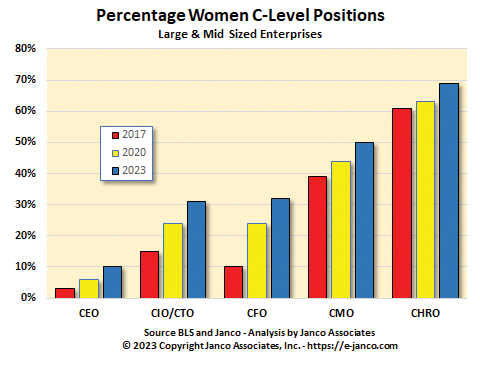