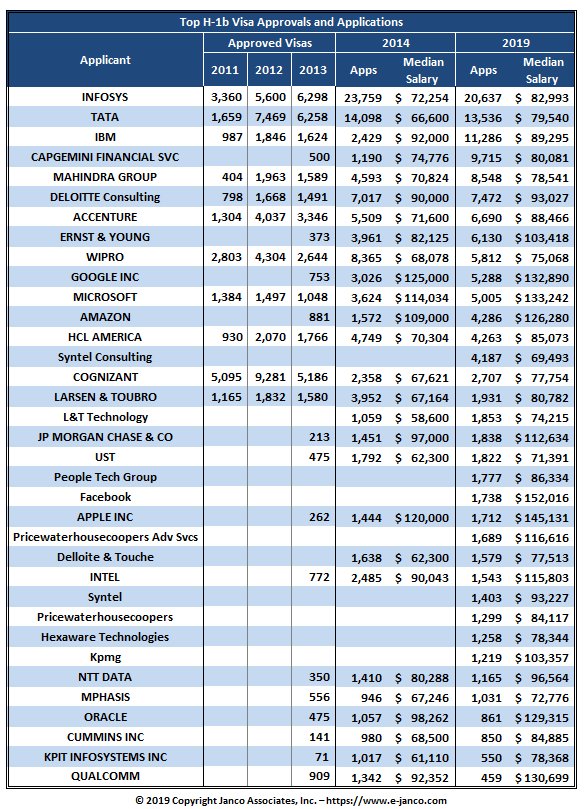 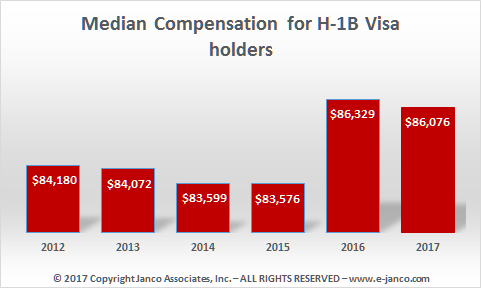 Digging deeper in the data, there is a trend for US corporations to use these visas to keep the best and the brightest by paying them more. For example Microsoft and Google both have a mean compensation of $129K. However, some the the "outsourcers" seem to pay the H-1B visa holders less. Tata and Tech Mahindra means are $75K to $76K. 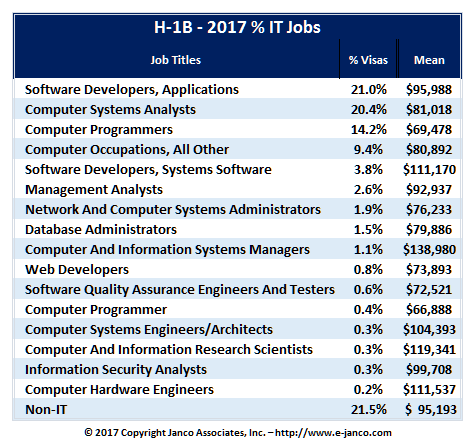