Employment and compensation picture for IT Professionals is not improving

Janco has found that market for IT Professionals continues to struggle. IT reflects the malaise of the US economy and added only 3,400 IT jobs in June while the total job market increased by 80,000 in June versus 69,000 in May and  115,000 added in April. At the same, the number of individuals still looking for jobs is at record low levels at a participation rate of 63.8% -- the lowest it has been since 1980. In California the overall unemployment rate is 10.8% and Nevada tops that with an unemployment rate of 11.6%. The CEO of Janco Associates, Inc. , Victor Janulaitis said, “With low hiring demand and low participation rate the picture is not pretty for recent IT graduates and other IT professionals looking for new jobs. With that in mind employers are under little pressure to increase compensation. ” 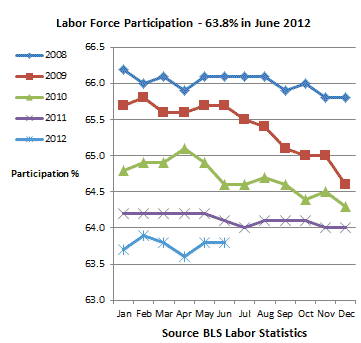 In Janco’s just released its 2012 Mid-Year IT Salary Survey they found that salaries for IT professionals have continued to remain flat. The CEO of Janco Associates said, “There had been some hope that the job market had turned the corner and that confidence was going to be high. That is not the case; companies continue to pull back. " He added, “We do not see any change until after the elections, new tax increases from the new health care law,  and the uncertainty posed by the automatic tax increases in January of 2013 are addressed - CFOs and CIOs are cautious at best. ” 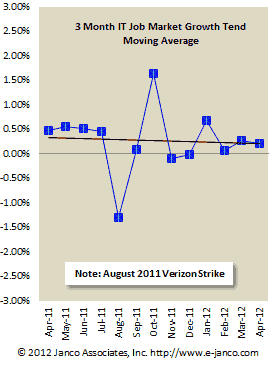 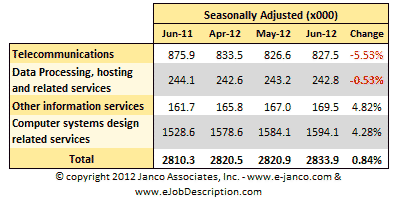