What to consider before a CIO changes companies

CIOs, like other "C-Level" executives, often look for or are presented with new and "better opportunities". When that happens, what should the CIO consider before they proceed and potentially accept an offer?
Compensation normally is a major factor when considering a new position, however there are other important areas you should not overlook. Some of the more critical one are:

Most positions at the C-Level come with a formal employment contract. Many of these included a non-compete clause that may be the single most important point to consider, as this could limit you're the options the CIO has.
Since the CIO so familiar with the entire business, it is important to understand the terms of a non-compete, and to be cautious about how sweeping its application could be. For example, a non-compete that restricts a CIO from providing services to any entity in the company's industry for a period of one year after termination (voluntary or involuntary) could prevent the CIO from working with a host of companies in the industry. Although CIO skills are transferable across industries, the added risk of a move to new industry may be so strong that a move should not be taken

Severance from the new company

Although each new relationship starts out with optimism, it's wise to consider what could happen if your employer terminates you without cause or you leave more or less involuntarily (for "good reason").
If employment is "at will" and there is no severance policy or negotiated severance, then the CIO is at risk if the company decides to let them go. Often, executives negotiate for the length of a severance period to match the length of a non-compete, so that if they are prevented from working by the terms of a non-compete, they are compensated during that period. It's typical for severance to be conditioned on a release of claims by an employee against the company.
Things to consider in a severance package in addition to compensation are current year bonus equivalent (or pro-rated bonus), accrued but unpaid bonuses from prior years, retirement benefits, continued health coverage for the severance period, and accelerated vesting of stock options.

Deferred compensation from both the new and the existing company

If the CIO has a right to compensation that will (or may) be paid later than the year in which it is earned, you need to make sure that it does not violate the deferred compensation rules of Section 409A of the Internal Revenue Code.
These rules can impact everything from bonuses to severance and incentive compensation. The penalty for violating Section 409A falls on the CIO (not the company) and includes a 20% penalty tax, interest, and early inclusion of amounts in income.
A CIOs need to talk with a qualified account to understand this "mine field".

The role of CIO brings with it risks of liability relating to service, as well as litigation risks. These risks were underscored in September 2015, when the Justice Department outlined new policies prioritizing the prosecution of individual employees who are involved in alleged corporate crimes.
The new rules (Yates Memo) are:

Since many CIOs are "C-Level executives", it is more important than ever for CIOs to have protection for acts taken in the course of duty. Officers (and directors) often enter into indemnity agreements with their employers. These agreements normally require the company to indemnify the individual for events related to the scope of services (including direct expenses and related liabilities, such as penalties and fines, net of amounts covered by insurance), and to advance expenses.
Regardless whether such an agreement is possible in your case, ask to see the indemnification provisions for officers in the company's organizational documents (charter and bylaws if it is a corporation), and make sure you are indemnified to the maximum extent permitted by law.

As the CIO moves higher up in the organization ranks and becomes a true "C-Level" executive, it is essential for CIOs to understand the nature and extent of their company's D&O coverage.

It is mixed blessing for the CIO role to expand. However, it makes career moves more complex and exposes the CIO to both financial and legal risks. It is easy to see why so many CIOs are paid such high salaries. Risk versus reward.

CIO and IT Manager Tools

You can get all of Janco's templates in its IT Management Suite. When implemented your enterprise is positioned to have a "WORLD CLASS" Information Technology function. You will be in compliance with all mandated requirements including all US and International requirements. 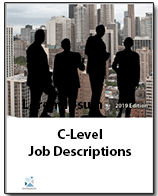 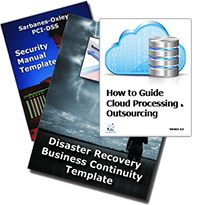