CIOs are not as optimistic about growth of IT budgets as they were at the beginning of the year. Hiring now flat - few new IT initiatives have been approved

Park City UT -- https://e-janco.com -- April showed a slowing of growth of hiring in the IT job market as CIOs became more cautious. The last 3 months show an increase of just over 8,000 new jobs in the IT job market. From BLS data it is clear that aside from November 2014, IT job market growth has been averaging less than 10,000 new IT jobs per month.

Data complied by Janco Associates with data as of May 2021

Expanding on his comments, Janulaitis said, "The recovery seems to have stalled and CFOs, whom almost half of all CIOs report to, have started to constrain any incremental spending. " The CEO of Janco said, "Based on our interviews of 98 CIOs in the last several weeks, we find that new hires are in the works for most organizations but they are for replacements. Few if any new IT initiatives have started in the last 30 to 60 days. This is definitely a signal that job prospects are mixed for IT Pros. " Janulaitis cautioned, "…traditionally when national elections are approaching, spending is curtailed until a better picture of what new economic policies will be in place is known. " 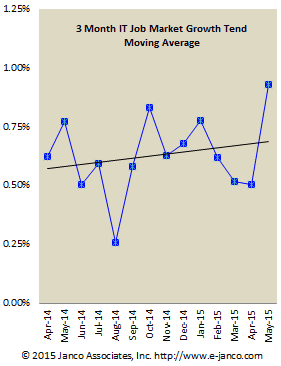 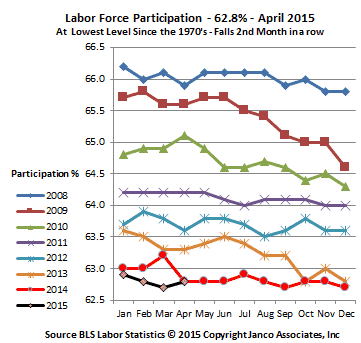