Security breaches reached new levels last year. In a survey of over 200 companies in North America and Europe that had security breaches caused in concert with Open Source software. The top breach continues to be ones caused by injection attacks (42%). That is followed by Insufficient Logging and Monitoring (41%) which elongated the duration and time to detection of the breach. 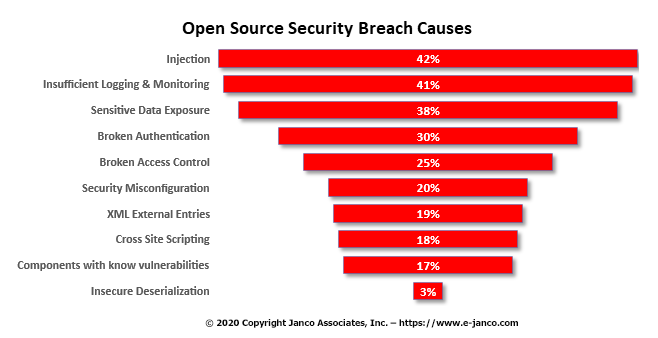 Open Source components are now included in over 75% of all Internet based applications as part of the code base of those applications. The top 10 exposures are